Vancouver is one of Canada’s most popular and populous cities, with a metropolitan population of 2.4 million people. Sitting on the Pacific coast, Vancouver’s warm, sunny summers and relatively mild winters help to create a city centred on the outdoors. Vancouverites are quite wellness-minded, and the city itself is one of the cleanest in the world. Taking public transportation, walking, or bike riding are all regular ways of getting around, keeping the city and its residents healthy.

The 2.4 million people that reside in the city are made up of students, artists, entrepreneurs, newcomers, and more. Vancouver is quite ethnically diverse, and many different groups of people have played significant roles in the history of the city. The city is known for a distinct Chinatown neighbourhood and diverse Chinese-speaking community.

Life is never boring in Vancouver. Cinephiles love the city (aka “Hollywood North”, a title Vancouver shares with Toronto), as a number of Hollywood movies and shows are shot in the city. The arts are strong in Vancouver, with film festivals, dance schools, museums, and nightlife options in abundance. For sports fans, the BC Lions (CFL), Vancouver Canucks (NHL), and Vancouver Whitecaps (MLS) provide all the action you need.

There are five public universities in Vancouver, with the University of British Columbia and Simon Fraser University being the largest. A bustling economy also means that jobs are within reach for residents, and the city is home to a range of industries.
Walk Score ®
78
Transit Score ®
74
This area is very walkable -- most errands can be accomplished on foot. Transit is good, with many nearby public transportion options. There is some amount of infrastructure for biking.

Vancouver is one of the most liveable cities in Canada, and though it’s an expensive place to live, renters and home buyers still flock to the city to enjoy what it has to offer. Let’s look at a few of the neighbourhoods across the city, and help you find your next home!

Kensington-Cedar Cottage is one of Vancouver’s most ethnically diverse neighbourhoods, and is younger and more diverse than most of the city. The area is extremely family-friendly and is overall a tight-knit community where most businesses are independently owned and owners know their customers personally. More affordable than other neighbourhoods, Kensington-Cedar Cottage has a great mix of rental buildings and homes. Hastings-Sunrise is one of Vancouver’s oldest neighbourhoods—a working-class area with single-family and multi-family residences. Also a very multicultural neighbourhood, Hastings-Sunrise is home to newcomers to Canada, young professionals, and artists, giving it a very eclectic feel. Grandview-Woodland is one of Vancouver’s older neighbourhoods, and it’s a busy one with a number of main streets criss-crossing through the area. You can find commercial, industrial, and residential spaces here, which gives the neighbourhood a range living and rental opportunities. Grandview-Woodland is home to Commercial Drive, a popular strip known for incredibly unique shops

Fairview is a strong family-based neighbourhood, with a number of schools throughout the area. It’s also a heavily commercial and employment area, with health care institutions like Vancouver General Hospital and shopping centres like City Square Mall. Kitsilano is mainly a residential area with notable commercial areas, and is famous for its arts scene. The neighbourhood is home to a number of annual festivals like the Vancouver International Children’s Festival and Greek Day. West Point Grey is a more expensive neighbourhood in Vancouver, with home prices averaging $3 million. Vancouver’s largest youth hostel is located in West Point Grey, as are a number of schools, and Fiesta Days—a family-focused carnival.

Yaletown used to be a heavily industrial area, but has since been transformed into a densely populated neighbourhood with high rise apartment buildings, renovated historical sites, and more. Yaletown is accessible by various forms of public transportation, like the Aquabus, False Town Ferries, and the SkyTrain. Vancouver’s Chinatown is Canada’s largest Chinese enclave, and is world-renowned as a popular tourist destination. With restaurants, shops, grocery stores and more, the area is in the midst of a revitalization, including the building of new condos throughout the neighbourhood. Downtown Vancouver is the hustling and bustling centre of the city, filled with commerce, culture, finance, and entertainment industries. Bridges provide access to Downtown, as do the SeaBus and SkyTrain. High-rise apartments and condos can be found throughout the core, making it an ideal residential area for people who want to be in the middle of the action. 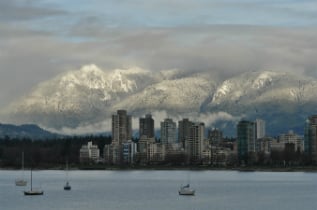 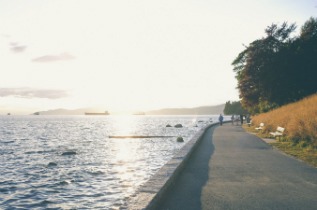 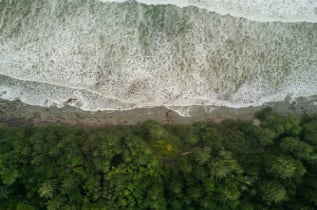 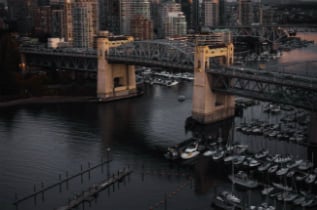 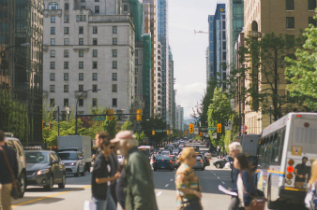 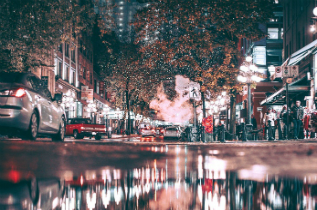