If you’re looking for a taste of Europe within Canada’s borders, Montreal is the place for you! Canada’s second-most populated city (with just over 4 million residents) is full of diverse cultures and languages, and a beautiful mixture of history with modernity. If you’re a francophone, you’ll feel even more at home — Montreal is the 4th largest French-speaking city in the world.

If your French is a bit rusty (or non-existent), have no fear. Just over 55% of Montrealers are bilingual, speaking both English and French, so a friendly “Bonjour!” will be helpful even if you can’t go much further than that. No matter what language you speak, living in Montreal offers sights and attractions that leave residents speechless. Just For Laughs/Juste Pour Rire is the largest comedy festival in the world, and takes over main streets like St. Laurent Boulevard every July. Art galleries and museums can be found all over the city, and nature lovers will adore the Botanical Gardens.

The Old Port isa full of cobblestone streets, historic architecture from the 17th century, and tons of beautiful cafes and restaurants. The film industry loves this area as a replica of Old Europe, so it’s not uncommon to see crews, cameras, and celebrities lining the streets. Driving in the Old Port is fairly impossible, but it’s extremely pedestrian-friendly — like much of Montreal. If you don’t have a car, the city is also cyclist-friendly, and the Metro (the city’s public transportation system) will get you where you need to be quickly and efficiently.

Whether you’re a student at one of Montreal’s world-class colleges and universities, an executive in one of the city’s leading industries like aerospace, pharmaceuticals, or retail, or a family looking for the perfect home or apartment to rent near great schools, Montreal has something for you. Montreal has among the lowest rental rates in Canada, with prices unseen in markets like Toronto and Vancouver.
Walk Score ®
70
Transit Score ®
77
This area is very walkable -- most errands can be accomplished on foot. Transit is good, with many nearby public transportion options. There is some amount of infrastructure for biking.

Let’s look at some of the city’s top English-speaking and French-speaking neighbourhoods, and the downtown core

Most of Montreal’s anglophones reside in the western half of the city. Notre Dame de Grâce (or NDG) is located in southwest Montreal, with a mix of commercial and residential areas and great schools. Popular with young professionals, NDG is a highly walkable neighbourhood, within 15-minute access to the downtown core. Moving a bit north, you’ll find the affluent neighbourhood of Westmount — one of the most expensive areas in Montreal. Beautiful parks, ponds, wading pools, and North America’s oldest active rugby club are among the recreational offerings of the neighbourhood. Also on the west side of Montreal is the neighbourhood of Hampstead, which is the perfect place for tech lovers and green living enthusiasts. Hampstead has been designated a “Smart City,” using key technological advances — like free WiFi in public buildings and interactive apps — to make the neighbourhood an efficient and environmentally-friendly one. Historically, the neighbourhood of Beaconsfield was once a cottage area for well-to-do Montrealers. Over the decades, it has transformed to become a year-round residential area, filled with gorgeous homes and rental apartments.

While French-speaking Montrealers live all over the city, the eastern part of Montreal is heavily francophone. Rosemount is a very diverse neighbourhood with quaint shops, the Little Italy area, and a mixture of rental property types like single-family homes, duplexes, and triplexes. Plateau Mont Royal is a trendy and artsy neighbourhood, where murals and sculptures are commonly found — and being close to McGill University, is a choice location for students looking for an apartment for rent. Plateau is home to great restaurants and concert halls, providing a fabulous nightlife scene. Hochelaga-Maisonneuve has a bit of a bohemian vibe — gorgeous architecture, markets where you can buy fresh foods, and Rue de la Poésie, a tree- and flower-lined street with posts featuring poetry by local poets. Outremont is a neighbourhood that sits near Montreal’s Mount Royal, away from the hustle and bustle of downtown, yet with close enough access to the action via the Metro. A prime neighbourhood for francophones and French expatriates, Outremont is a bit pricier than other areas, but affordable rentals can still be found among its great shops and restaurants.

Montreal’s bilingual core is located in the borough of Ville-Marie, and contains a bit of everything the city has to offer. You’ll find campuses for institutions like McGill University, Concordia University, Université du Québec à Montréal, Cégep du Vieux Montréal, and the National Theatre School of Canada among others. Prime nightlife options abound in the downtown core, with notable restaurants, bars, and nightclubs throughout the area. The Bell Centre is the spot for top sporting and entertainment events, where you can catch a Montreal Canadiens game one day, or snag a ticket to the annual winter Cirque du Soleil show the next. Sainte-Catherine Street is home to major department stores and the nearby Crescent Street houses many high-end boutiques, making the area a shopper’s paradise. Rental prices are higher in the downtown core, but a range of housing styles can be found there — glitzy high rises, character-filled older apartment buildings, and beautiful Victorian homes that can be found in the Golden Square Mile portion of the city centre. 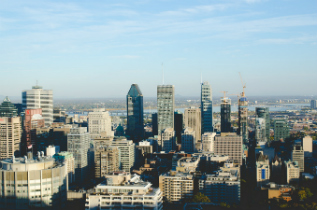 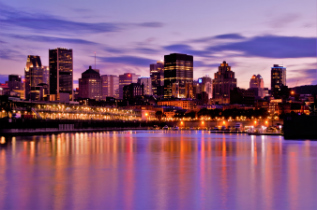 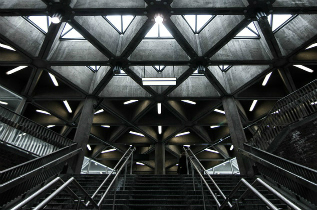 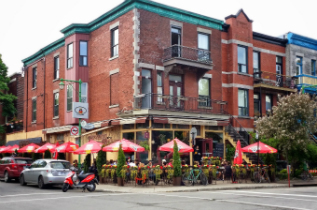 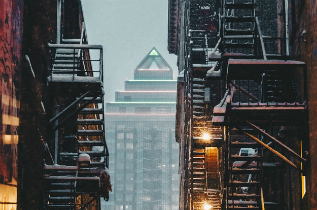 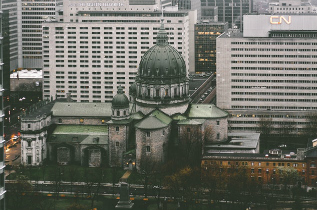