If you’re looking for a big-city feel with small-town heart, London, Ontario — Canada’s “Forest City” — is where you need to live. With tons to explore (and close enough to metropolises like Toronto and Detroit), London possesses great amenities at an affordable price.

London is a world-renowned healthcare and educational hub, with top institutions like the Children’s Hospital of Western Ontario and Western University within its borders. London Health Sciences Centre is the city’s largest employer, with insurance and IT being other notable industries.

There’s much to do and see in London, all year round. Sunfest, Canada’s second-largest world music festival after Caribana, takes over Victoria Park in the city’s downtown core every summer. The Western Fair brings down-home carnival revelry to the city every fall — the best place to score cotton candy, ride a ferris wheel, and try your luck at midway games since 1868. The Museum of Ontario Archaeology is home to Canada’s only ongoing excavation and reconstruction of an Indigenous village, and the London Fringe Theatre Festival is the perfect place for lovers of the stage to take in great plays and productions.

A heavy British vibe is palpable in London - from the city’s name, to the Thames River that flows through it. European settlers brought their influence to the area, and it’s highly visible through the architecture in the city. Older neighbourhoods to the south, east, and north contain a number of homes and converted apartments in Georgian, Gothic Revival, and Queen Anne styles, adding a blend of history with the modernity in other areas.
Walk Score ®
49
This area is somewhat walkable -- most errands require a car

Let’s explore what London’s neighbourhoods have to offer.

The neighbourhood of Carling has a distinct retro feel, thanks in part to maintaining its military history aesthetic. Many of the older homes are wartime or postwar styles, but newer builds have been developed more recently. The Carling Heights Optimist Community Centre is the hub of the neighbourhood, with access to an indoor swimming pool, outdoor splash pad, and more amenities. The Fanshawe neighbourhood is home to the Fanshawe Campgrounds and was always a rural getaway for Londoners. It still has that rustic charm, but has stepped into modern times with more new builds. Fanshawe Lake is nearby, as is access to the Veterans Memorial Parkway, connecting the neighbourhood to the rest of the city and major highways like the 401. Huron Heights is home to a wide range of Londoners - from students attending the nearby Fanshawe College to families. A strong Cambodian and Vietnamese presence adds to the diversity of the area - and means that awesome Asian restaurants and grocery stores are in abundance.

The Masonville neighbourhood is home to London landmarks like Masonville Mall and the nearby Western University. Being so close to the university, you’ll find a lot of students in the area, with a number of apartments and condos alongside larger family homes. Hyde Park has a number of unique amenities for residents, like the historic London Hunt and Country Club, where guests can fox hunt, play golf, tennis, and more. Unger’s Market is a major piece of the neighbourhood, selling items like fresh produce, gifts, and coffee. Old North is one London’s most notable neighbourhoods, where you can find the Richmond Gates to Western University, St. Joseph’s Hospital, and recreational paths along the Thames River.

Downtown London is where all the action is! The intersection of Richmond and Dundas is a major hub for the London Transit public transportation system, where a number of buses pass through the day. Victoria Park is a central aspect of the city, where everything from Sunfest to the annual Christmas lighting ceremony take place. Even when there isn’t a special event happening, you’ll find Londoners enjoying and relaxing in the beautiful green space. And if you’re looking for a special night out or a great lunch - Richmond Row is home to some of the best restaurants in the city. A number of condos have been developed in the downtown core, making it one of the top spots to live in London.

If you’ve ever wondered why London is called “The Forest City,” take a drive through the Pond Mills neighbourhood - the views of the city’s greenery along Pond Mills Road is breathtaking. There’s also a wide range of dwelling styles in the neighbourhood, like apartments, townhouses, detached and semi-detached homes. The Westminster neighbourhood is home to Westminster Ponds - a unique natural space featuring trails, ponds, and amazing wildlife. Westminster is close to the 401 highway and major shopping centres like White Oaks Mall, making it a prime residential neighbourhood. The Hamilton Road area has affordable housing alongside great amenities like restaurants (including some of the city’s best Portuguese eats!), bars, and the Bob Hayward YMCA.

White Oaks is one of the most multicultural neighbourhoods in London, with a mixture of high-rise apartments, semi-detached homes, and townhouses at affordable prices. White Oaks is one of the most walkable areas in the city too, with winding roads that lead to White Oaks Mall. Westmount is a great neighbourhood for families, with access to a range of great schools, shopping centres, and a new rental development called Westmount Estates III, which is notable for being entirely smoke-free. Wortley Village is in the heart of Old South, and was named Canada’s Best Neighbourhood in 2013. There’s nowhere like Old South - 100-year old houses, quaint shops and cafes, and walking access to downtown means that the neighbourhood offers an awesome quality of life for its residents. 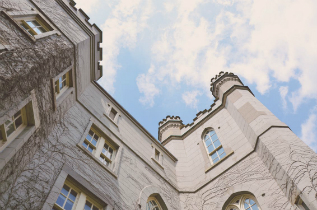 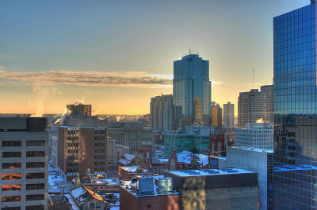 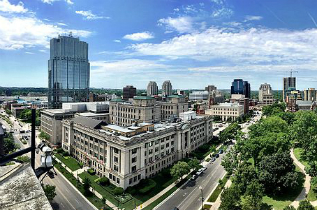 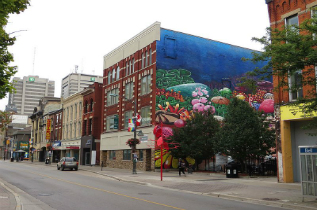 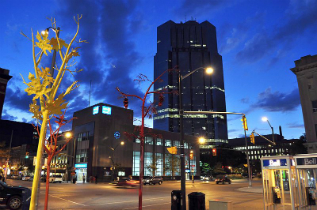 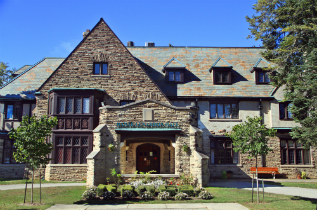